VERONA — For those who ventured into the new Costco on Wednesday, there were few if any surprises. They still needed a membership card to enter. Big screen televisions crowded the front of the store while other offerings included pots of fresh mums, jars of organic marinara sauce and plastic […]

VERONA — For those who ventured into the new Costco on Wednesday, there were few if any surprises.

They still needed a membership card to enter. Big screen televisions crowded the front of the store while other offerings included pots of fresh mums, jars of organic marinara sauce and plastic containers stuffed with baked croissants. There were bottles of Kentucky bourbon, cases of Spotted Cow, Racine Kringle, organic seaweed and a deli where a hot dog and soda cost $1.50.

But what makes this warehouse store with more than 200 employees at the corners of Highway PB and M in the Verona Technology Park stand out is economics.

There are 19 states that have five or fewer Costco stores and nine others with 10 or fewer. With the opening of the Verona store, Wisconsin now has 10 stores, three of which are in Dane County, the fastest growing county in the state, with a booming economy, high-paying jobs and an expanding tech sector. Those are prime demographics for Costco, which reported $16 billion in sales at its 834 stores around the world in July, a 10.8% increase over July 2021, according to its latest financial report.

In addition, 32% of the households in an eight-county area that includes Dane County have incomes greater than $100,000, according to data from the Madison Region Economic Partnership.

“I think it says that we’re doing really, really well compared to a lot of areas of the country,” said Le Jordan, executive director of the Verona Area Chamber of Commerce and who was on hand for Wednesday’s ribbon-cutting.

“When you bring in businesses and you have jobs for people, that allows us to be more prosperous. And I do believe the county can support all three (Costco stores) because when I would go to the Middleton one you couldn’t find a parking space and it was crowded all of the time. So I think this will alleviate some of that and make the shopping more enjoyable for everyone.”

Costco entered the Madison retail market in 2008 when it opened a store in Middleton and in 2012 added a store in Sun Prairie at Prairie Lakes, a regional shopping center. At that time, Costco officials said they expected about 18% of its customers who shopped at the Middleton Costco to make the Sun Prairie store their preference. But the impact could be greater with the Verona store as 45% of households in Verona were already Costco members, according to data submitted to the city when Costco submitted its plans in 2020.

Jane Kinney, 60, of Oregon, is among those who will give up the drive to Middleton a few times a month. When she exited the Verona store Wednesday, her cart included frozen pizza, baby back ribs, containers of Greek yogurt and toilet paper. She and her husband also have a motor home and will use the gas station at the Verona Costco to fill up.

“It’s about 10 to 15 minutes closer, depending on traffic,” Kinney said. “I think that Dane County is growing, from everything we’ve read, so this is a good thing, that Costco is growing right along with it.”

Dane County has a population of 542,000 people with another 426,000 people living in the surrounding counties of Iowa, Sauk, Columbia, Jefferson, Rock and Green counties.

That means each store serves about 322,000 people. However, that number is likely lower since some shoppers in western Jefferson County may shop at the Pewaukee Costco while some in southern Green and Rock counties may choose to shop at the Costco along Interstate 39 in Rockford, Illinois. The three Costcos in Dane County represent one of the lowest ratios in the country, according to a 2015 study of Costco’s growth by Peter Testa at the University of North Texas.

The Costco concentration in Dane County when compared with the area’s population would put it on par with areas that include Seattle; Portland, Oregon; San Fransisco and Salt Lake City. At the time of the study, the six Costcos in the Minneapolis area were each serving about 582,000 people, while the six Costcos in Houston served just over 1 million people each.

“The results of this thesis quantify how Costco’s store and distribution network relate over space and prove that the retailer not only clusters their stores in major markets, but also does so systematically and strategically over time,” Testa wrote. “The findings also support the growing notion that Costco will focus its future expansion in the Midwest, an area where they clearly have not established a presence the same way they have in other regions.”

Costco has four stores in the Milwaukee suburbs and others in Pleasant Prairie in Kenosha County, another in Appleton and a store just west of Green Bay. The Verona store is located in the same area as Wisconsin Brewing Co., Sugar River Pizza and the UW Swap Shop while the Epic Systems campus and its 10,000 employees are just a few minutes away. The development also has open lots adjacent to the Costco that could be filled in with restaurants and service-type businesses, similar to what happened to the property near the Middleton Costco.

“It’s an amazing addition to the community,” Jordan said. “It will bring more visibility to Verona.”

Cleaning up at Costco

Food, other items damaged at Costco

Cleaning up on Odana Road

“I think it says that we’re doing really, really well compared to a lot of areas of the country.”

Get the latest local business news delivered FREE to your inbox weekly.

Fri Aug 19 , 2022
In the past 30 years, important strides have been built in translational drugs — the bridge that shepherds study results from the lab to medical exercise. Researchers, physicians, and other specialists at Memorial Sloan Kettering Most cancers Heart (MSK) have performed a big role in these successes, as they do […] 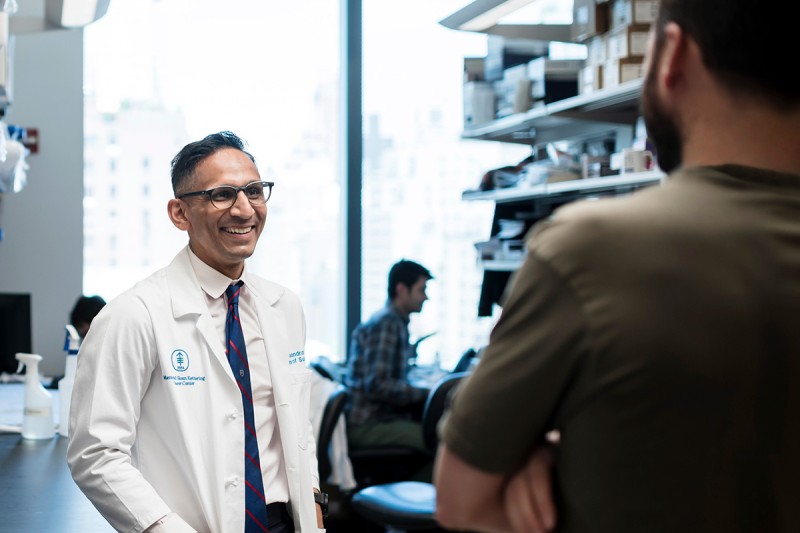